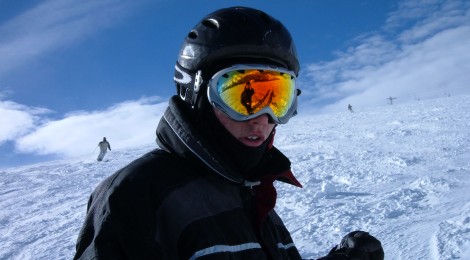 A study at UW Medicine’s Harborview Injury Prevention and Research Center has researchers calling for more wide-spread use of helmets to prevent head injuries during snow sports. Data examined from 1996-2010 examined the type and frequency of head injuries related to skiing and snowboarding among children and adolescents.

According to information from the National Electronic Injury Surveillance System, approximately 78,000 children and adolescents with snow-sports-related head injuries were treated at emergency departments across the 14 year period in the United States. 77% of injuries were brain injuries such as concussions, cerebral contusions, and intracrainial hemorrhages. Researchers also found that adolescents (13-17 years old) were more likely than children (4-12 years old) to have traumatic brain injuries treated in emergency departments. Furthermore, snow-sport related emergency department visits for adolescents with severe head injuries have increased over the years, despite more scientific evidence demonstrating the potential long-term danger of injury to the brain.

UW researcher Janessa M. Graves, PhD, suggests that the observed trend may be due to an actual increase in brain injuries, or an increase in the proportion of parents seeking medical care for children and adolescents who experienced head injuries on the slopes. “Parents of young athletes are becoming increasingly aware of the importance of seeking evaluation, and potentially treatment, of concussions and other mild head injuries, which is important.”

Researchers also used yearly estimates of snow-sports participation to account for participation numbers changing over the timespan. They used the information from a nationally representative sample of ski resorts to calculate injury incidence rates, and found that though the average incidence of head injury among children did not increase significantly over the 14 years, the relative rate of brain injury in recent seasons was significantly higher in adolescents.

Since ski-related brain injuries are increasing, and information about the long-term damage of head injury continues to grow, researchers and doctors are calling for increased injury prevention measures. Helmet use, in particular, is a way to prevent serious head injury in a sport that continues to grow more adventurous. Said UW researcher Janessa M. Graves, PhD, “relatively recent developments in in-bounds skiing and snowboarding, including the proliferation of gladed areas and terrain parks, potentially increase the risk associated with the sports. It is important that all skiers and snowboarders wear helmets to reduce the risk of head injury while engaging in this sport.”

Funding for this study was provided by a Wilderness Medical Society Research-In- Training Award and the National Institute for Child Health and Human Development pediatric injury research training grant at the Harborview Injury Prevention and Research Center.

UW Medicine has major academic and service affiliations with Seattle Children’s Hospital, Fred Hutchinson Cancer Research Center, the Veteran’s Affairs Puget Sound Health Care System in Seattle, and the VA Hospital in Boise, Idaho. The UW School of Medicine has been ranked No. 1 in the nation in primary-care training for the past 19 years by US News & World Report. It is the top public institution for receipt of biomedical research funding from the

National Institutes of Health (NIH) and second among all institutions for NIH funding, public and private. UW Medicine’s 2,000 full-time faculty and nearly 5,000 clinical faculty across the WWAMI program include three living Nobel Prize Winners (five in our history), 32 members of the National Academy of Sciences, 35 members of the Institute of Medicine, and 13 Howard Hughes Medical Institute Investigators. For more information, visit UW Medicine. Follow them on Twitter @UWMedicineNews and Facebook at facebook.com/uwmedicinenews.